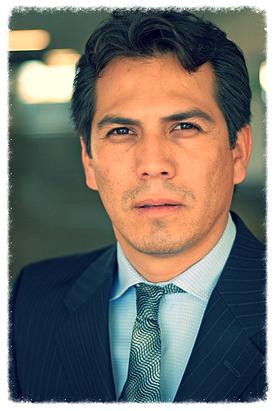 Gabriel Del Castillo was born in Guadalajara, Mexico. From a young age Gabriel displayed talent and skills for the arts, as well as a tremendous entrepreneurial spirit. A third-generation fine carpenter, furniture designer and interior artist, Gabriel was a born business-man.

In his late teens, Gabriel moved to the United States, where he settled in Los Angeles, California. Upon his arrival, he continued working in his known-field of carpentry.

Through his work in southern California, he had the privilege to be introduced to several well-known film directors, actors, writers and field professionals. Shortly after these encounters, Gabriel soon discovered his life’s passion of working in the industry of film and entertainment.

Over the course of the next 25 years of living in both Los Angeles and Santa Barbara, California, Gabriel gained experience and continued to pursue a career in front of and behind the camera. He furthered his knowledge through numerous training courses, including the well-known filmmaking workshop by Dov S-S Simens, film festivals as well as industry events and functions. Gabriel performed in multiple projects and different medias as an actor, including print, commercial (national and local) and theatre. Never timid, he also sought advice and guidance from speaking and working with respected professionals in the field.

In the summer of 2011, he and his wife, Jennifer, relocated from Santa Barbara to Grand Rapids, Michigan. Despite moving from the entertainment capital, Gabriel found renewed excitement and inspiration in his new surroundings. He joined the board of directors of the West Michigan Video Film Alliance in the beginning of 2012. In 2013, Gabriel combined his passion, life and work experiences, and his knowledge of business and film, creating Illusive Films Network, LLC.